Every Medicare cardholder must be aware by now that the process of removing the Social Security Numbers also known as SSN which was in process for quite some time is completed now. The US Medicare and Medicaid Services (CMS) centers announced that the transition process of SSN to Medicare Beneficiary Identifier (MBI) is already completed and any claim submitted with Health Insurance Claims Numbers (HICNs) will be rejected. 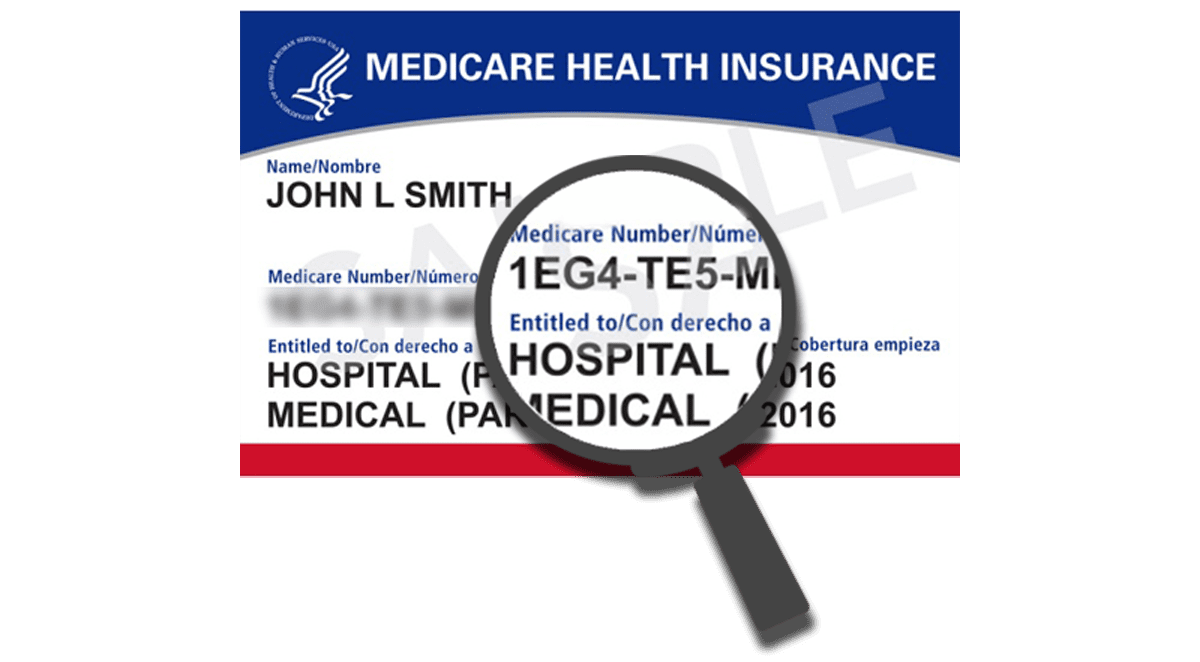 For all Medicare cards, a new Identifier Called Medicare Beneficiary Identifier, MBI Will replace the SSN Based Health Insurance number and will be recognized for Medicare transactions like claim status, eligibility, and billing. CMS began mailing the new Medicare cards back in April 2018 and asked the people with Medicare that they should start using their new Medicare cards right away.

Before we dive down into the new Medicare number format, let’s have a quick look into what factors led to having these changes. In 2005, the Medicare Access and Children’s Health Insurance Program Reauthorization Act (MACRA) announced that the Social Security Number (SSN) from all Medicare cards will be removed and the main goal to do so was to protect the identity of Medicare beneficiaries. Having the social security number somehow made the Medicare beneficiaries more vulnerable to identity theft. The new identifier will help CMS move away from identifications that contain the beneficiary’s Social Security number.

Medicare Beneficiary Identifier, shortly known as MBI is a combination of numbers and upper-case letters. It can have numbers ranging from 1-9 and all letters from A to Z, except for S, L, O, I, B, and Z. Letters are always capital, even if someone tries to use small, the system will convert it to caps. This format is easy to read and is generated randomly. MBI contains 11 characters just like Health Insurance Claim Number, also called HICN. These new identifiers don’t have any hidden or special meaning, they are also called non-intelligent.

Now we have a basic understanding of MBI and what’s the main goal of introducing it as an SSN replacement, let’s have a detailed look into its format. As mentioned above, MBI contains numbers and letters and will look like this, 1AC5-GE6-NK57. So let’s break it down into its different parts.

The next question that can arise in your mind is how these numbers will be generated if there is any logic behind this format, the answer is no. There is no logic or specific pattern designed to generate these numbers, rather each person having the Medical card will get their own randomly generated MBI, which means that MBI will be unique for everyone. And the Spouses or dependents of the cardholder who used to have similar HICN will get their own different MBI.

It might also be interesting to know that the Social Security Administration (SSA) and CMS will continue to transmit data electronically using the HICN. So whenever communicating with beneficiaries, the relevant person is instructed to use the term “Medicare Number” and avoid using the terms “HICN” and “MBI”.